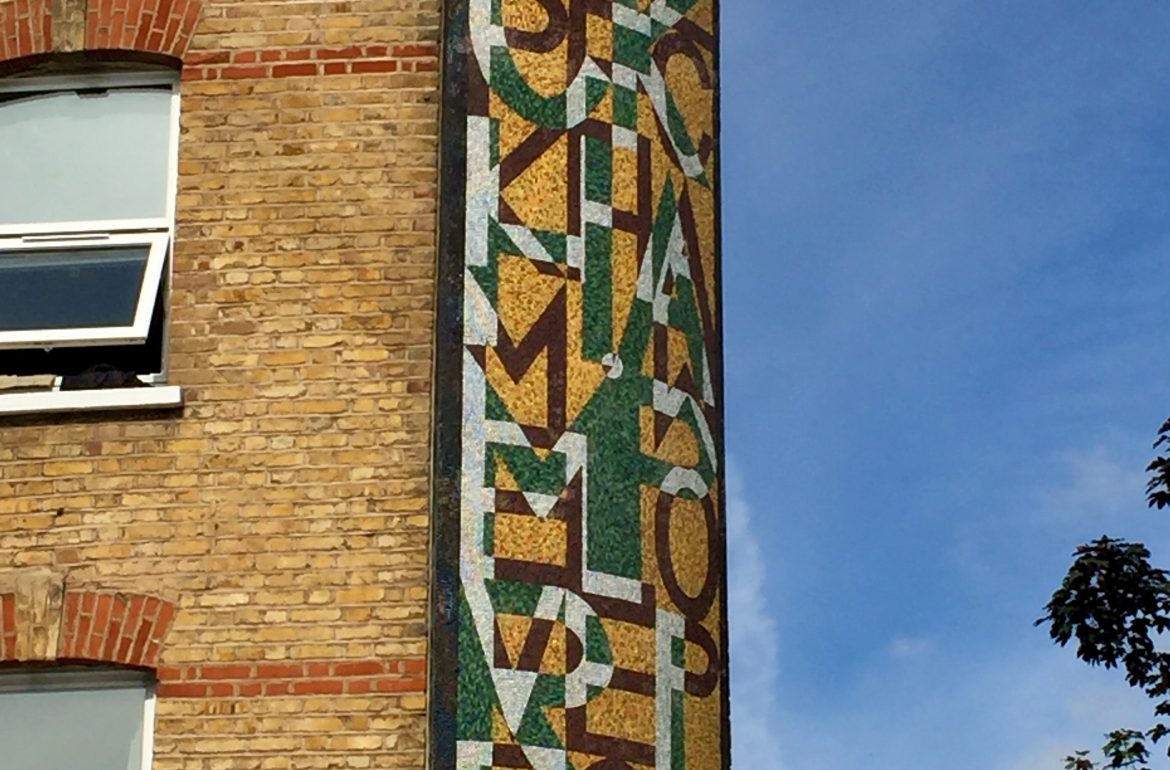 Our new home. We are proud to be able to say that we have moved to Peckham! We have settled in and we can’t get enough of the area. Here is a run down of the very best of Peckham.

Peckham is a bustling area of southeast London, a place that has as many different businesses as it does cultures. Once a district that was seen as troubled, with gang led violence and high rates of crime. Over the past 10 years, it has driven out it’s bad reputation and mended it’s image, bringing it to the forefront of London’s’ development within the culinary and creative scenes.

Peckham has played host to many artists during the years, from The YBA’s coming from Goldsmiths University – just 15 minutes away, to the art set from Camberwell Art College, just on it’s boarder. Because of its history within the creative arts, the area has been flooded with creative happenings. One of the biggest to name is the restoration of Copeland Park, sitting behind busy Rye Lane high street and opposite Peckham Rye Station. Copeland Park is a large Industrial Park, which was thankfully saved from becoming a tram depot site in 2009 and now houses the ‘creative quarter’ of Peckham. Sitting on it is the historic Bussey Building, housing artist studios, workshops, yoga studios and a live music venue, to name a few. 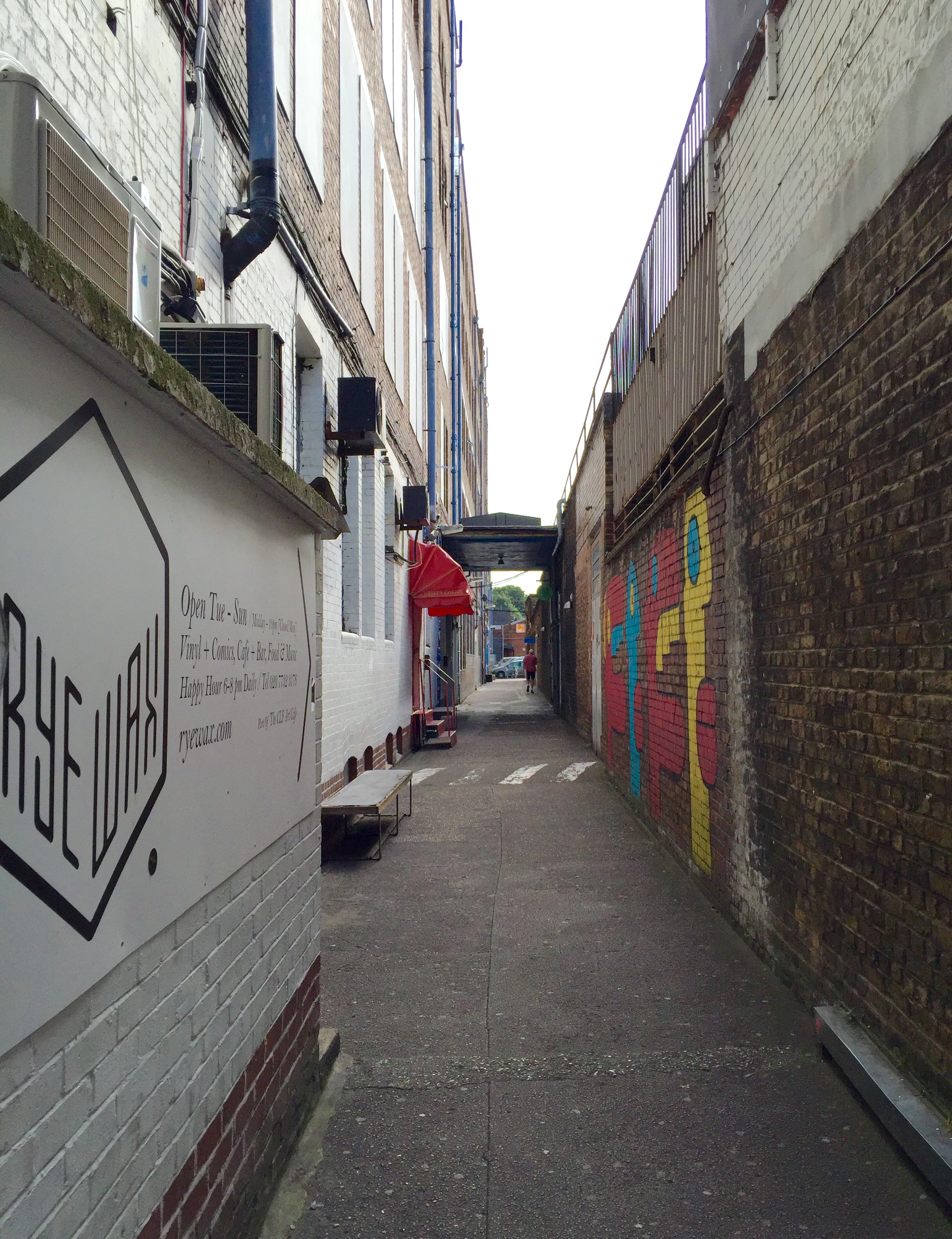 In one of the low-rise warehouses scattered around the park sits The Hub Workshop, a wood workshop dedicated to digital fabrication. Their work includes furniture through to custom design projects, being made for the local community in need of their services. There’s also a gym, a bar/restaurant/event space named The Nines, a gallery and a ceramic workshop. The site often plays host to street food festivals and craft markets and some food vendors now have their own permanent spot to feed hungry Peckhamites, including a pasta spot named Oi Spaghetti and a communal Italian dining experience, Forza Wins. One place that is doing well from moving to a permanent residence is Boss Lady, a Hong Kong style noodle bar, which sells noodley goodness Thursday-Sunday and at lunch times you can pick up a bowl for £5. The owner only uses meat from local butcher’s Flock and Herd, which is situated on Bellenden Road, only a 5 minute walk from Copeland Park. 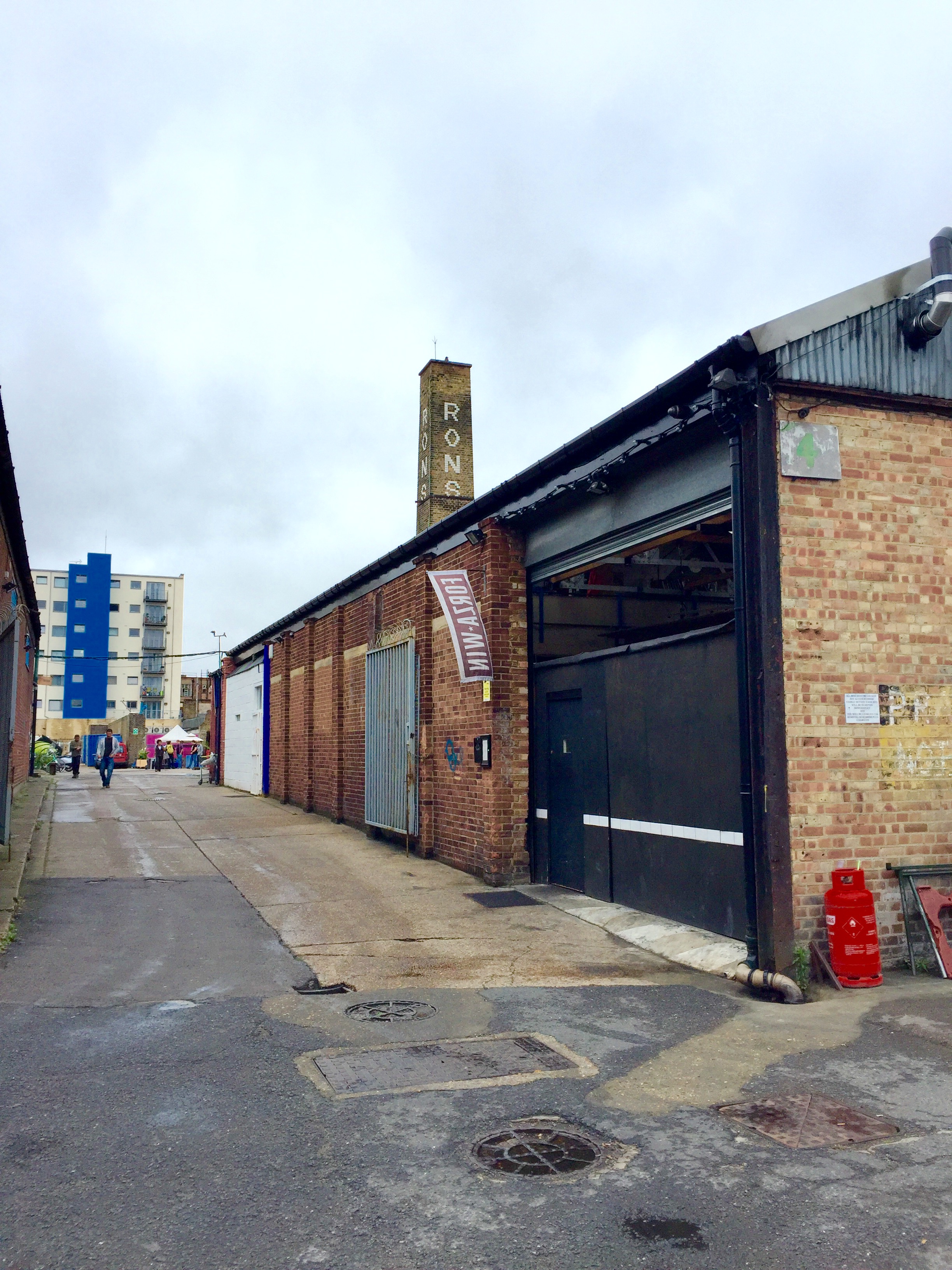 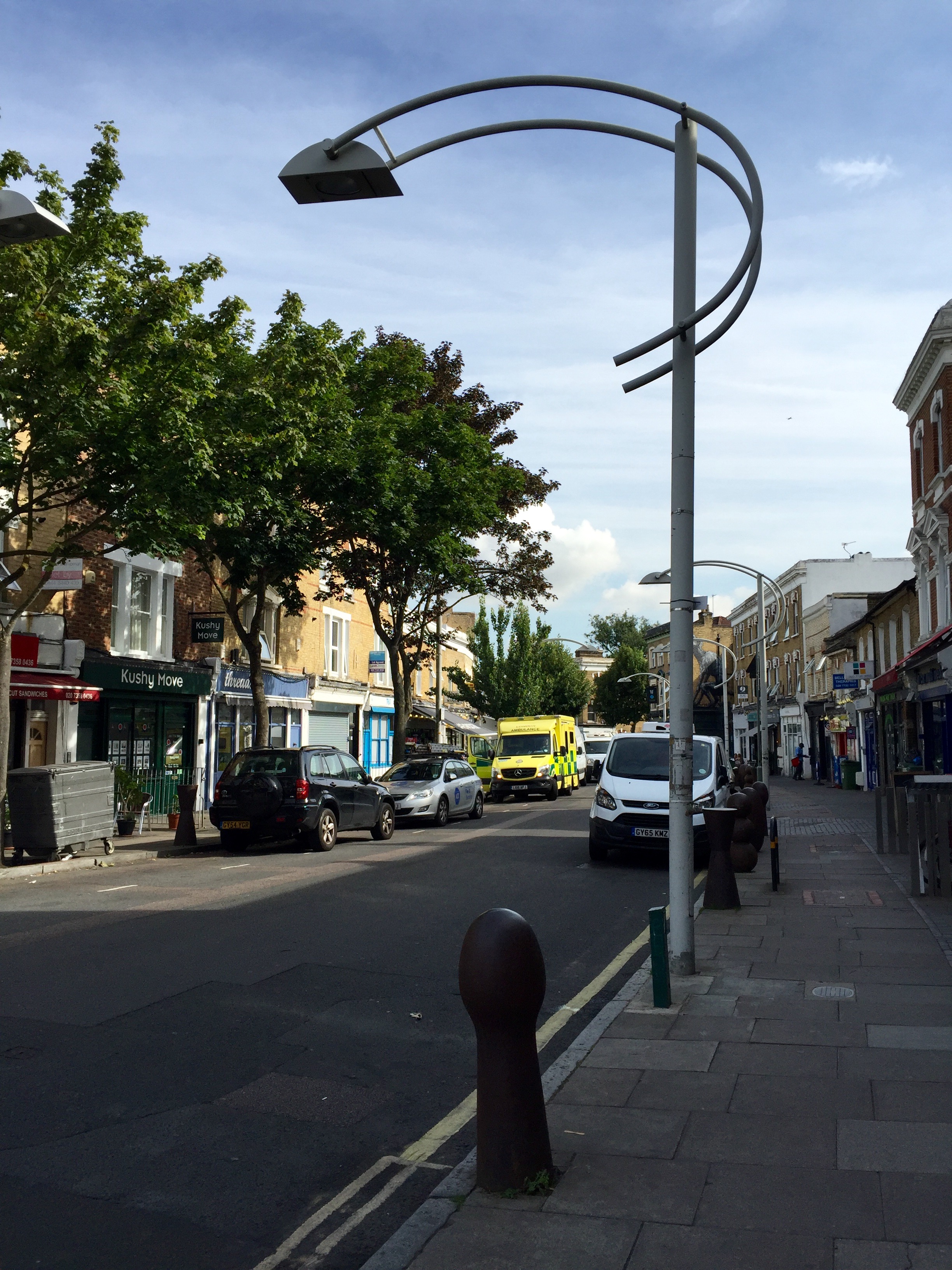 Bellenden Road is the kind of place that locals want to keep a secret. The street and area surrounding, plays host to many fantastic independent restaurants and shops. During the weekends, you can sit outside Anderson’s café and watch people of all ages walk by. Some enjoying going in and out of the shops, some buying local produce from The General Store and others finding the perfect spot for something to eat. It’s a relaxed little pocket of Peckham, almost like a small village high street.

Just around the corner from Bellenden Road is a different kind of creative space. The space is a multi-storey car park and the building is home to Bold Tendencies, a not-for-profit commissioning organisation, which transformed the disused car park in 2009. During the summer months the space is the very heart of Peckham. It opens its doors for an average of 5 months a year and has a fantastic programme of visual arts, food and drink, theatre, literature, music and architectural commissions. The programme has changed through the years and so has the use of the space. At the very top is Franks Bar, a rooftop bar serving food, wine, beer and cocktails with a magnetic view across London. Practice Architects designed the bar and it’s well worth a visit when the sun is shining or setting, it will make you feel like you’re anywhere else but Peckham. As you spiral around the car park you get to see the site-specific commissions spotted around. For 2016 artist Simon Whybray has enchanted the hallway with his installation piece, ‘hi boo I love you’, whereby he has painted the entire floors from the entrance up to Franks bar, a bright shade of hot pink, which makes for many great photo opportunities.

Peckham has also got a lot more spaces to be built on the horizon. One of which is the Peckham Coal Line will be a way to bring communities and businesses in the north and south of Peckham together. Using the 900m disused coal sidings along the railway line, the line will be a green space for people to use, build and connect with one another. It will bridge the gap in the wider network of cycling and walking greenways in Peckham and will hopefully be a cultural destination for the area and London. The people who are running this idea started funding for it on Spacehive and they reached their target with 928 backers on the 31st October 2015, so hopefully it won’t be long until we’re able to have lunch on the coal line in the sun.

We’re very excited about Peckham and all it has to offer, and we hope from this post that you’re able to understand why we decided to uproot our studio, and move to such a diverse and creative neighbourhood. Peckham feels like home to us now, it has an ‘anything is possible’ attitude with just enough uniqueness and style. We look forward to having visitors here so we can show them around our neck of the woods. 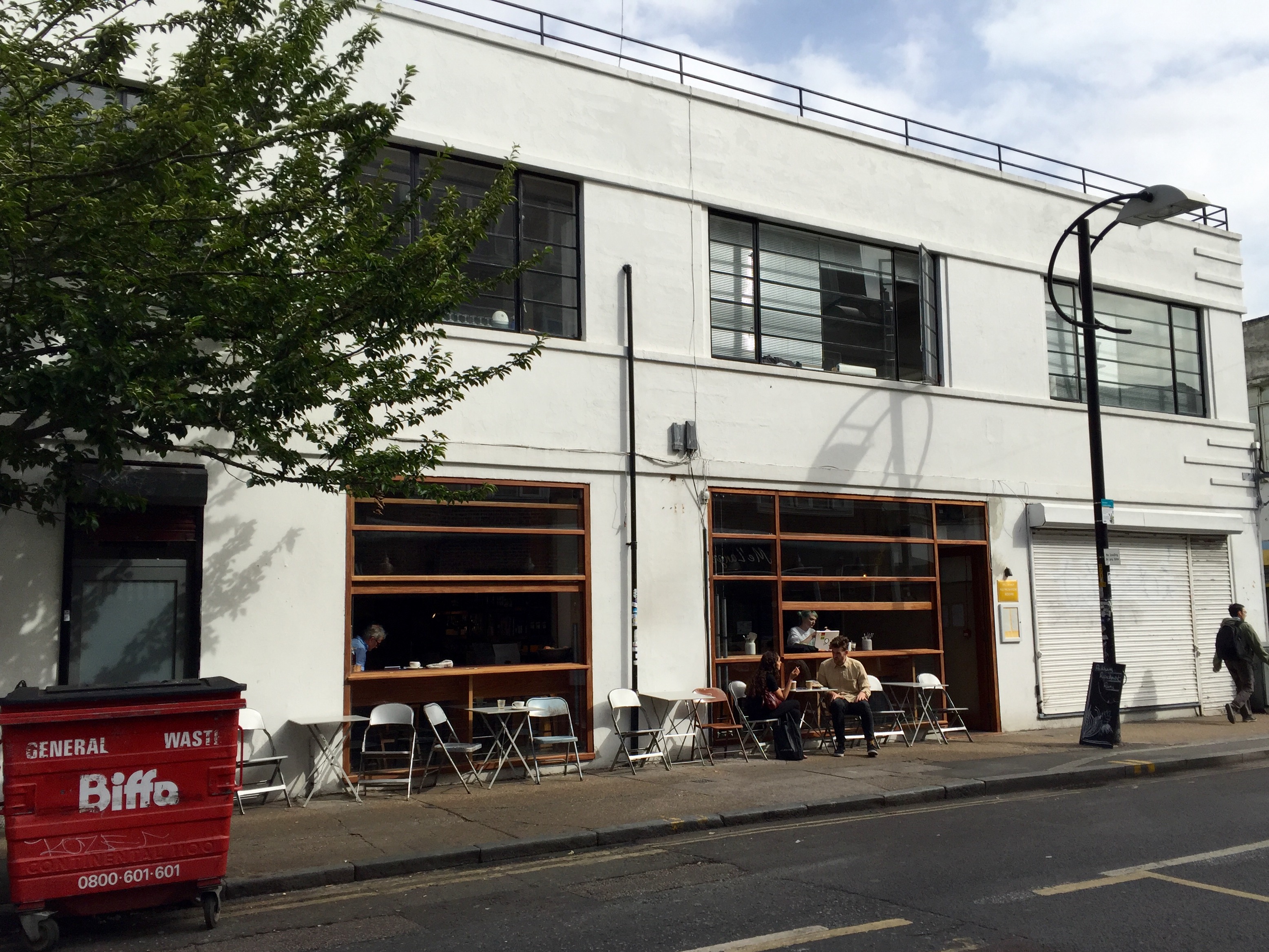 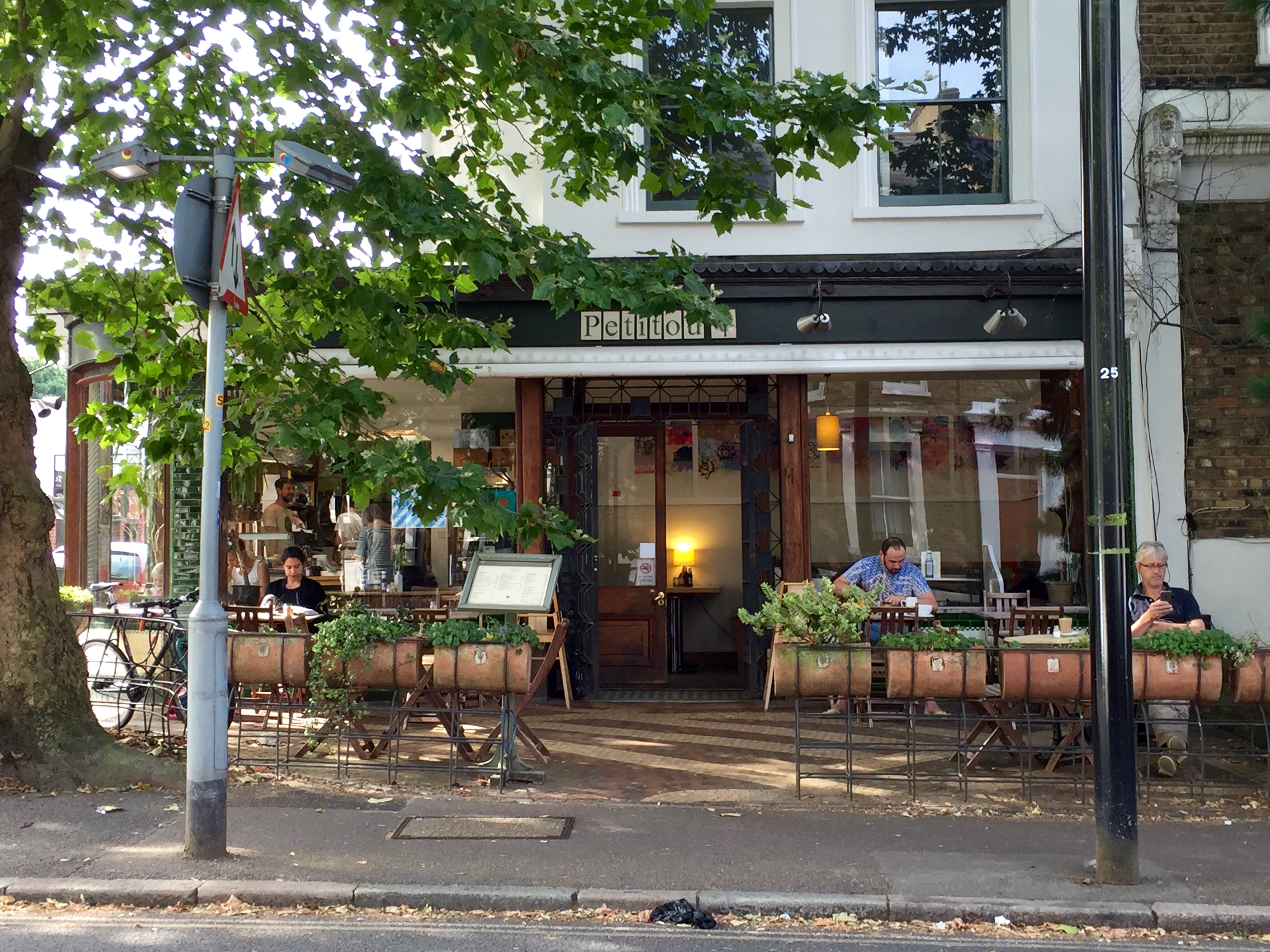