Sunshine and heat welcomed us at the start to a spectacular week in Milan. Arriving early for the press previews on Monday was the best strategy to enjoy uninterrupted views of the key exhibitors before the crowds descended. With a record number of visitors, about  430,000 for 2018, from 188 countries, Milan confirmed it’s place as the biggest and most important design fair in the world. Having a plan of action was essential to make the most of the week. As expected there were amazing installations, launches, events and parties.

We have selected a few of those to share with you, from the main fair at Salone Del Mobile and the various Design Districts of Milan. 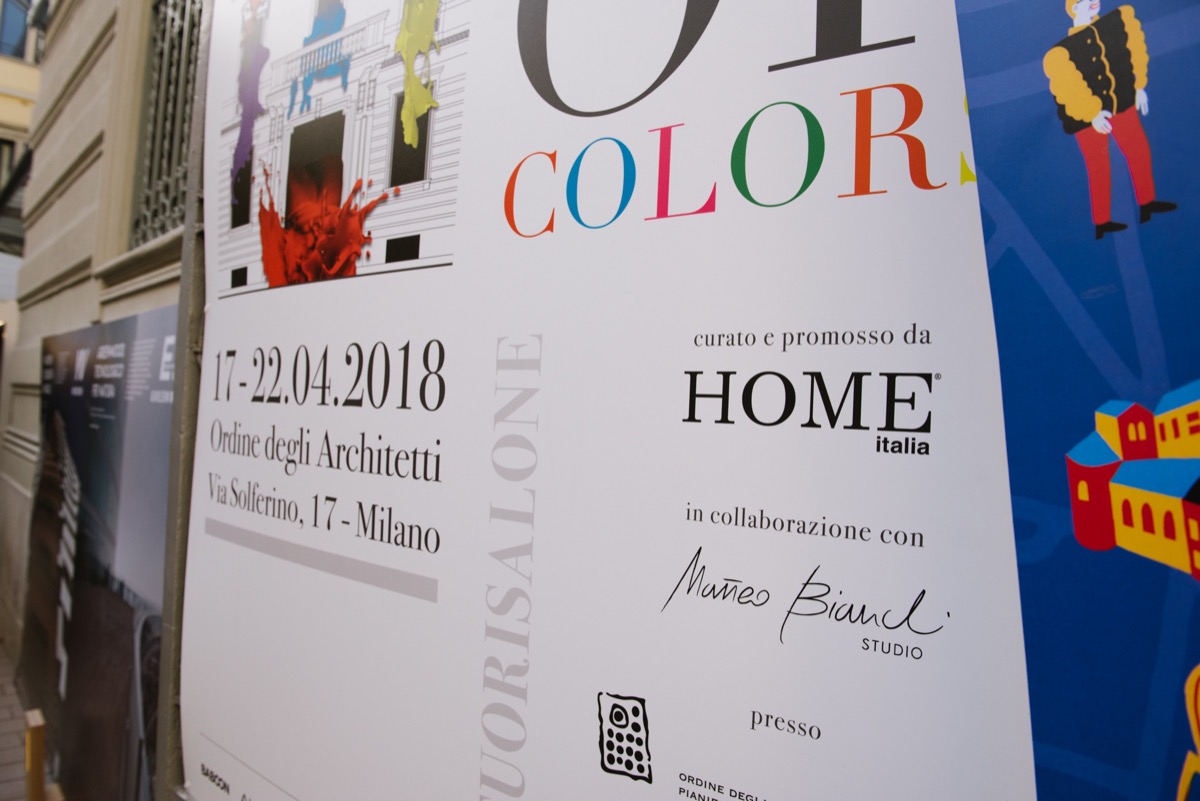 Approaching Salone as you exit metro on Day 1 is coupled with a certain amount of apprehension. The scale as well as the vast scale of the spaces and the anticipation of what is to come. We selected some of these from Hall 1 to Hall 24. Salone Satellite was celebrating it’s 21st year and they highlighted the work of designers from Africa and South America. These less obvious, but still significant design continents are producing work of particular interest. There were a number of other gems we also saw, shown below.

USM were in their element by producing a stand which was the talk of Salone from Day 1. USM collaborated with UN Studio who used the USM Haller furniture system. Using thousands of the classic metal rod elements of their infamous system to construct the stand, they created a bold and truly innovative stand. Winning the awards for Best Use of Materials and Trade Fair Stand of the Year presented by FRAME magazine. 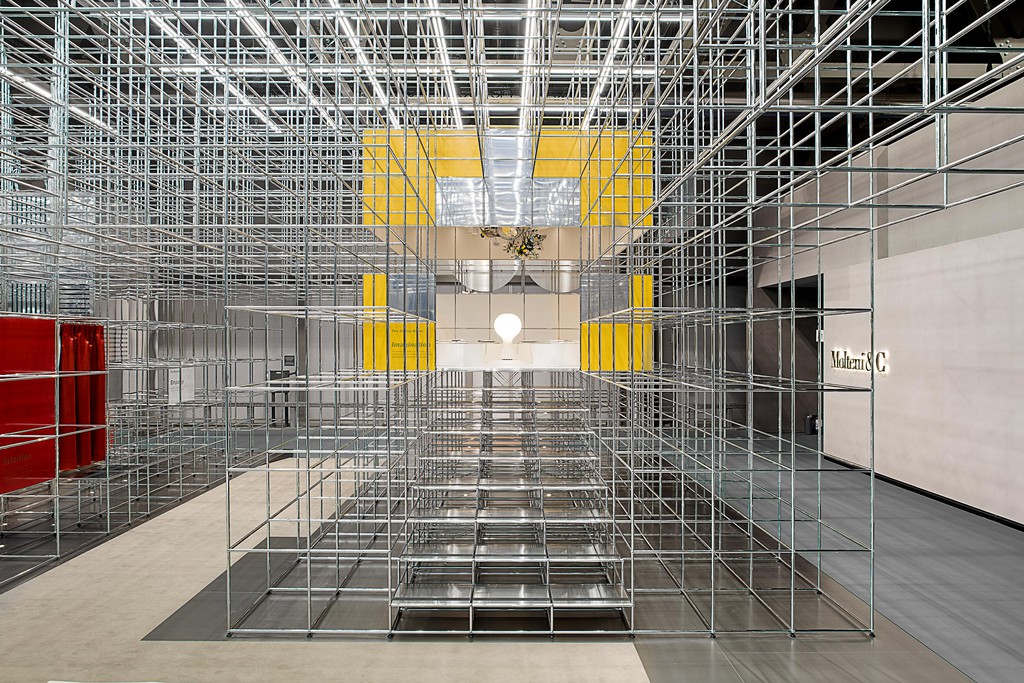 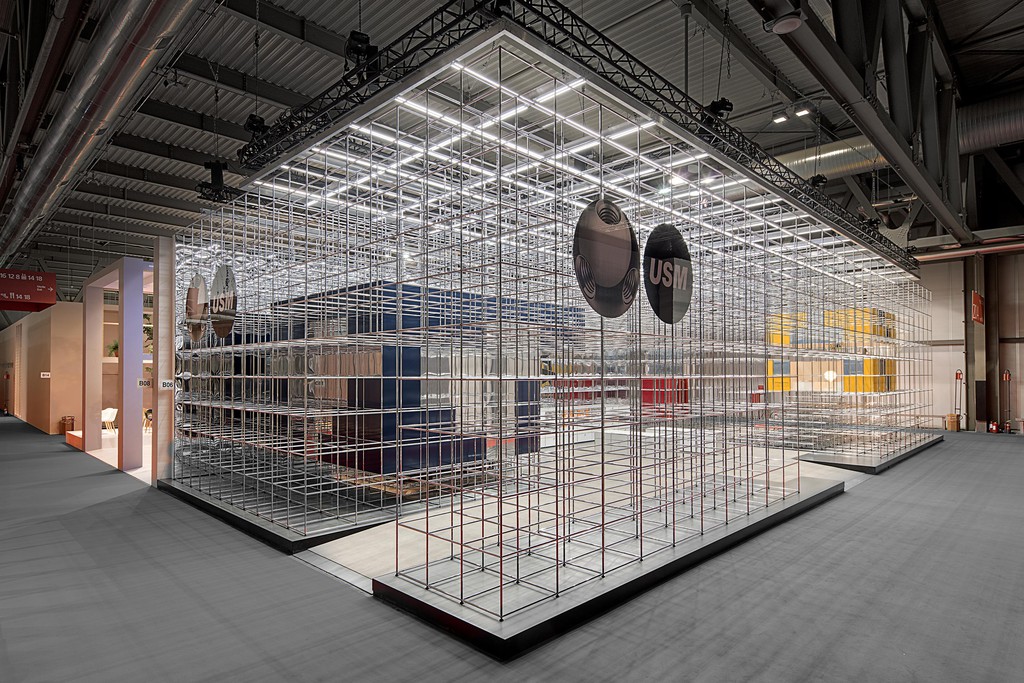 Patterns were very popular this year especially 3 dimensional ones. We saw it in print, textiles, tiles, wallpapers and flooring. 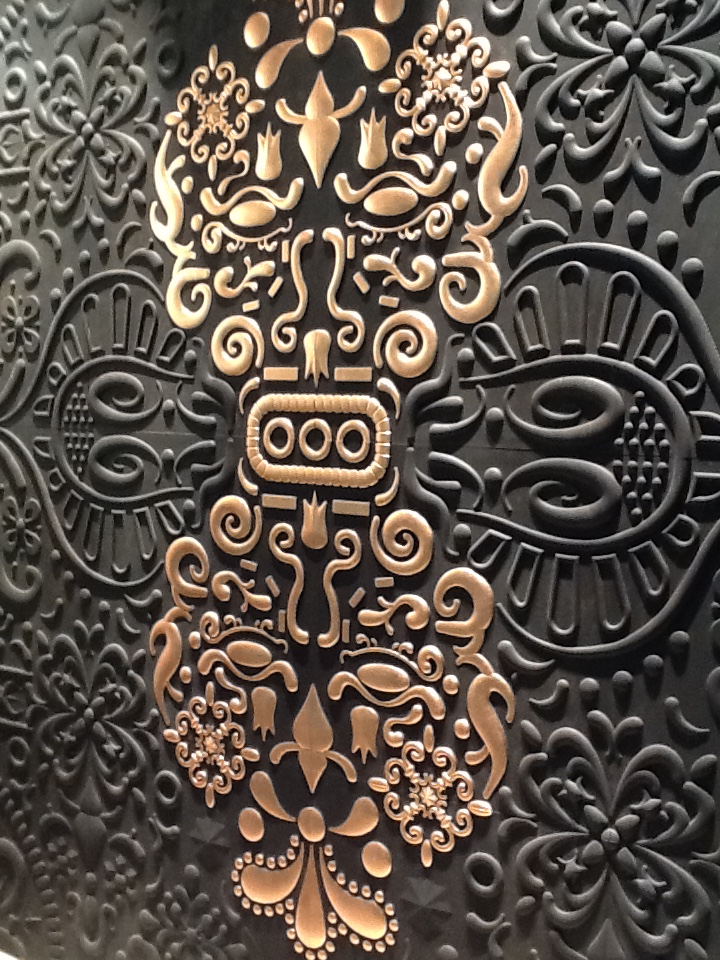 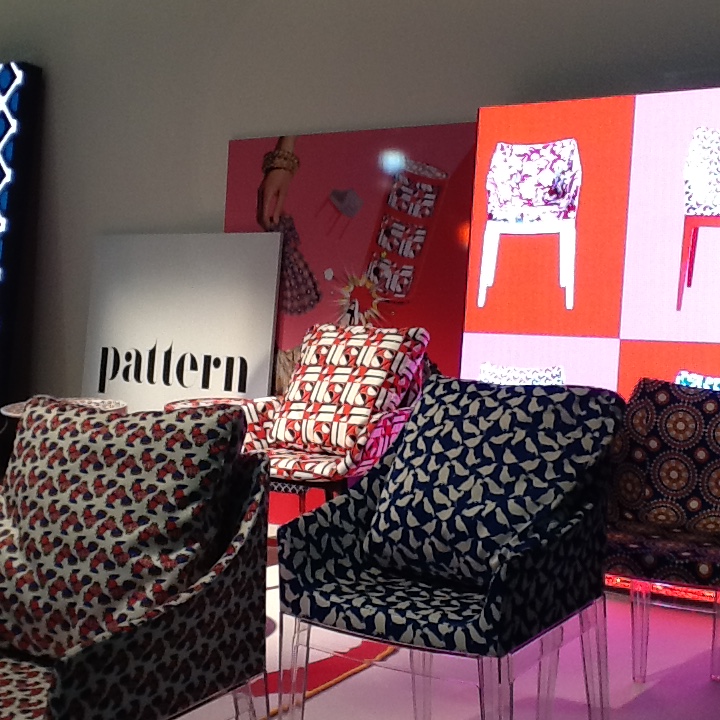 This centrally located Design District of Milan is often seen as the main draw as it’s well located and never disappoints. Brera was full of energy and noise. We managed to time our visits so we were not overwhelmed by the crowds.

Matteo presented a seminar to a packed room of architects, about the process of interior design and his business.

We also launched the book LISTEN DESIGN INSPIRE which was well received. The Baboon Patterns Collection was also presented to a new audience in Milan in collaboration with HOME Italia Magazine. As Art Directors we curated The Order of Colors installation which brought together a selection of Italian manufacturers including Baboon, Bencore and others. 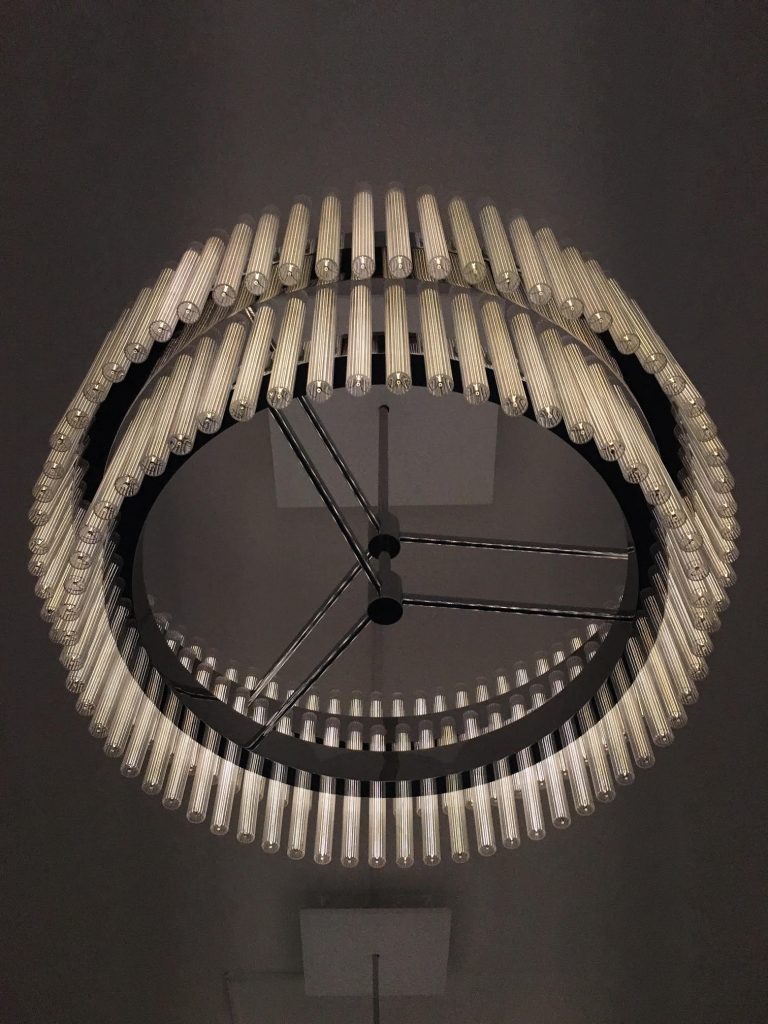 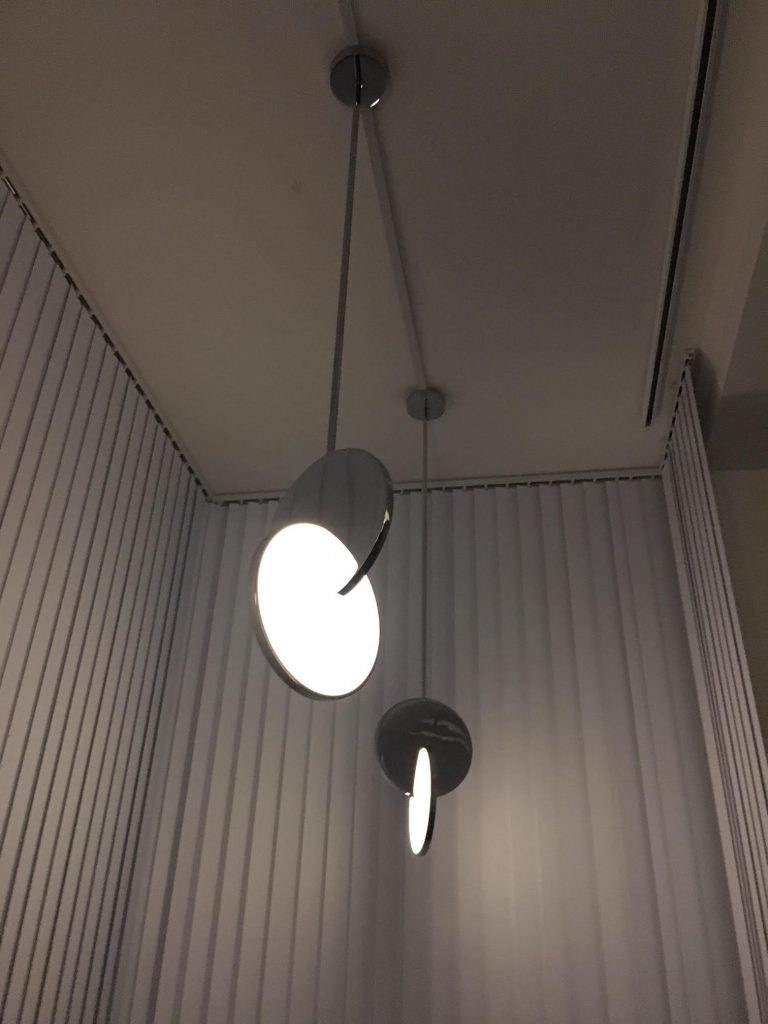 Lee Broom’s Observatory installation in an art gallery was a calm and sophisticated display of his high quality products. 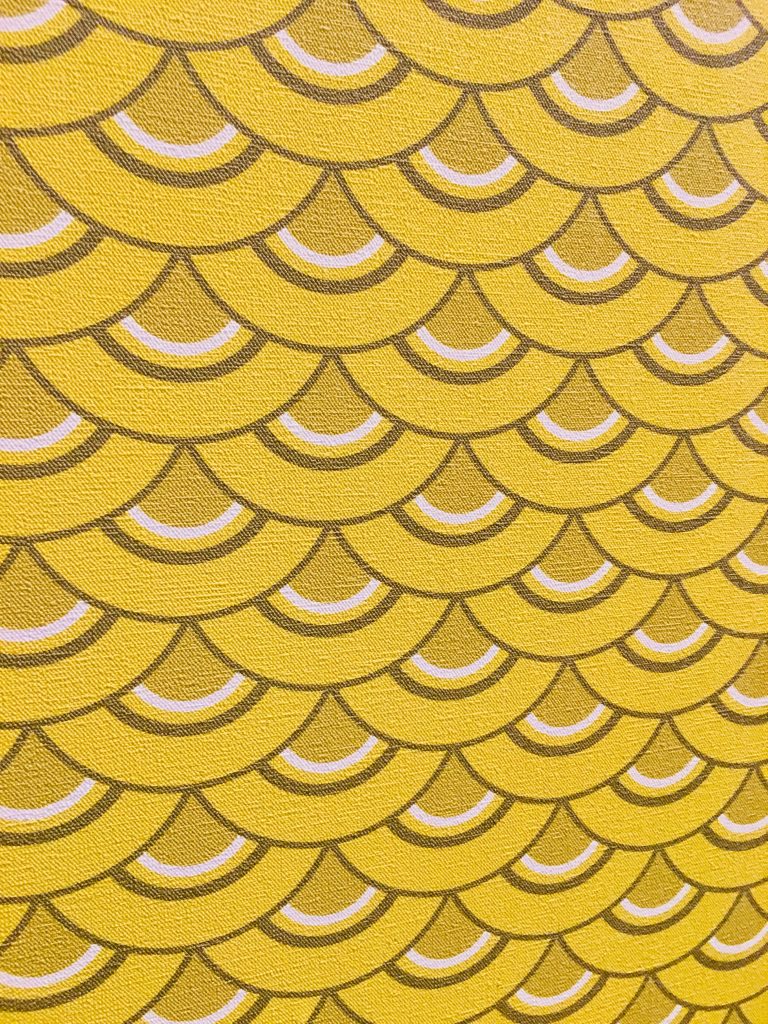 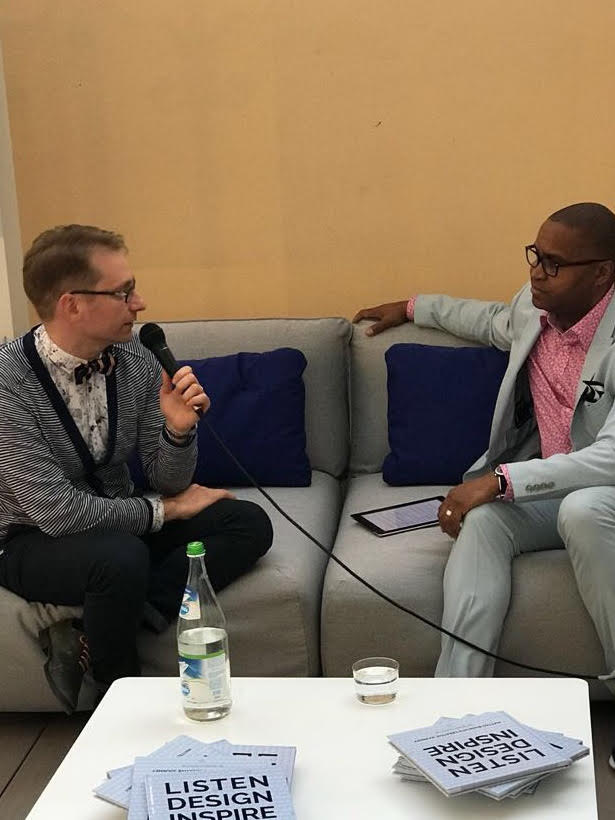 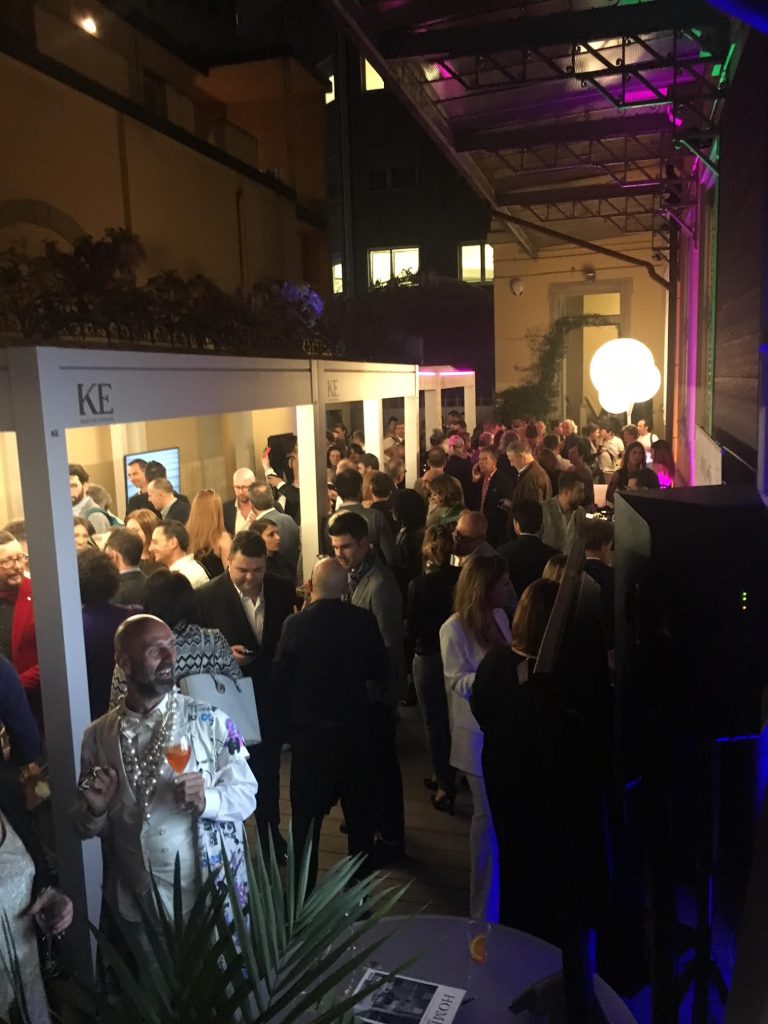 Milan launch of LISTEN DESIGN INSPIRE at The Order of Colors sponsored by HOME Italia Magazine. 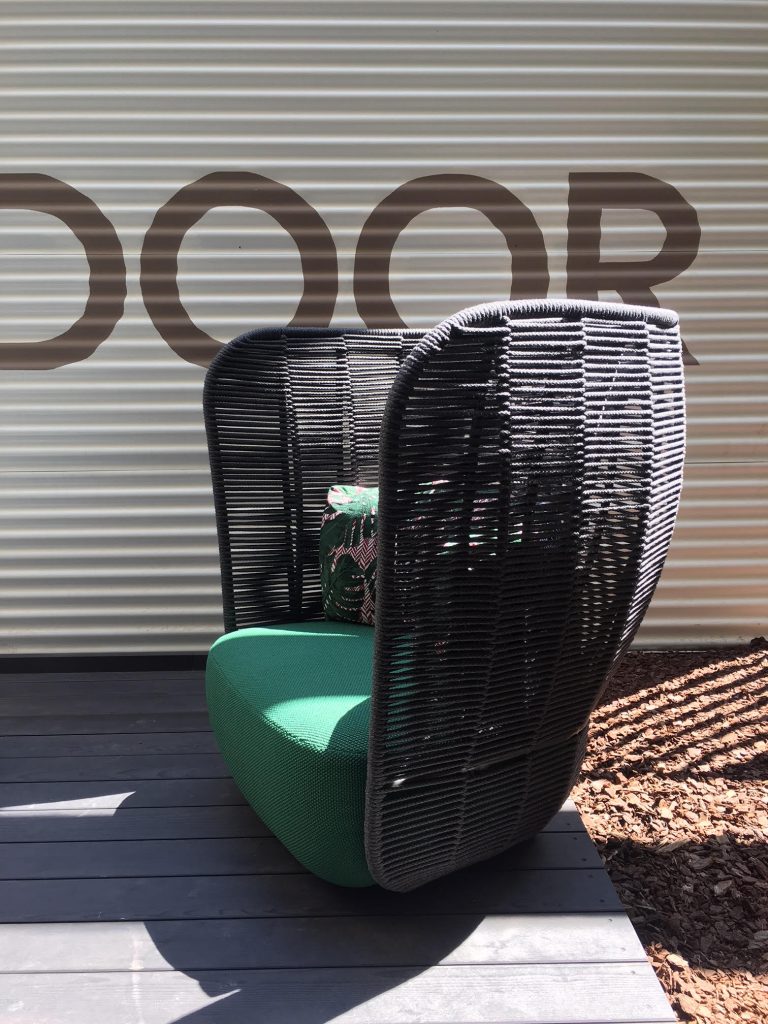 Several manufacturers including B & B Italia, focused on creating or expanding their outdoor furniture collections as the market for this has grown considerably.

With a slight change to last year’s set up the arches underneath the Central Station, were put to good use with installations as varied as a fully functioning restaurant and an installation of recycled clothing creating beautiful new textile hangings. To create the American-style diner David Rockwell Group teamed up with Surface magazine and 2×4. 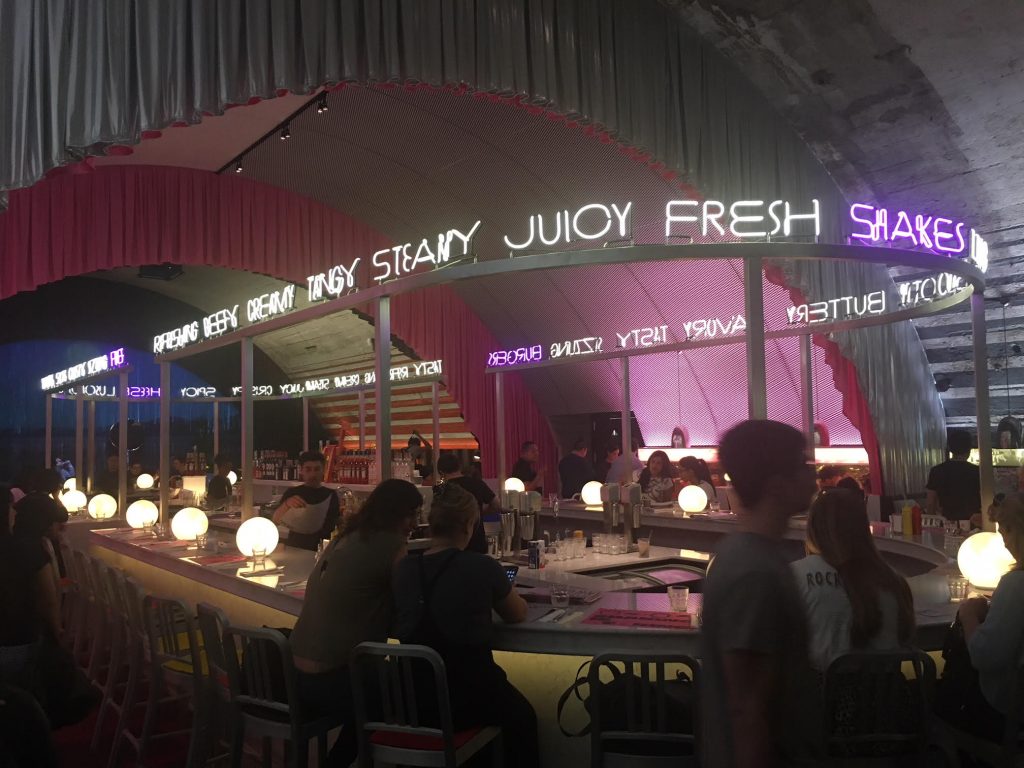 The Diner by Rockwell Group

Presiding over an ever extending, but carefully curated eclectic mix of designers, the grand lady of Milan proved that she has a keen eye. There was a strong emphasis on recycling and plastics. We managed to capture some of the creations which were both colourful and inspiring. Sé Collections showed the stunning Moirai Chandelier collection, which has three main families of shades, and can be combined in different configurations. The glass is held with elegant brass stems.

Moooi delivered in spades with lots of design inspiration.

Last but not least…

2018 was a rollercoaster of a year in Milan with the busiest stands we have seen, hottest weather which lasted all week and more visitors than ever before. To sign off Salone 2018, we leave you with one of the most memorable images of the whole of Milan.  Disco Gufram launched a range of disco inspired furniture that was fun, energetic and unforgettable. 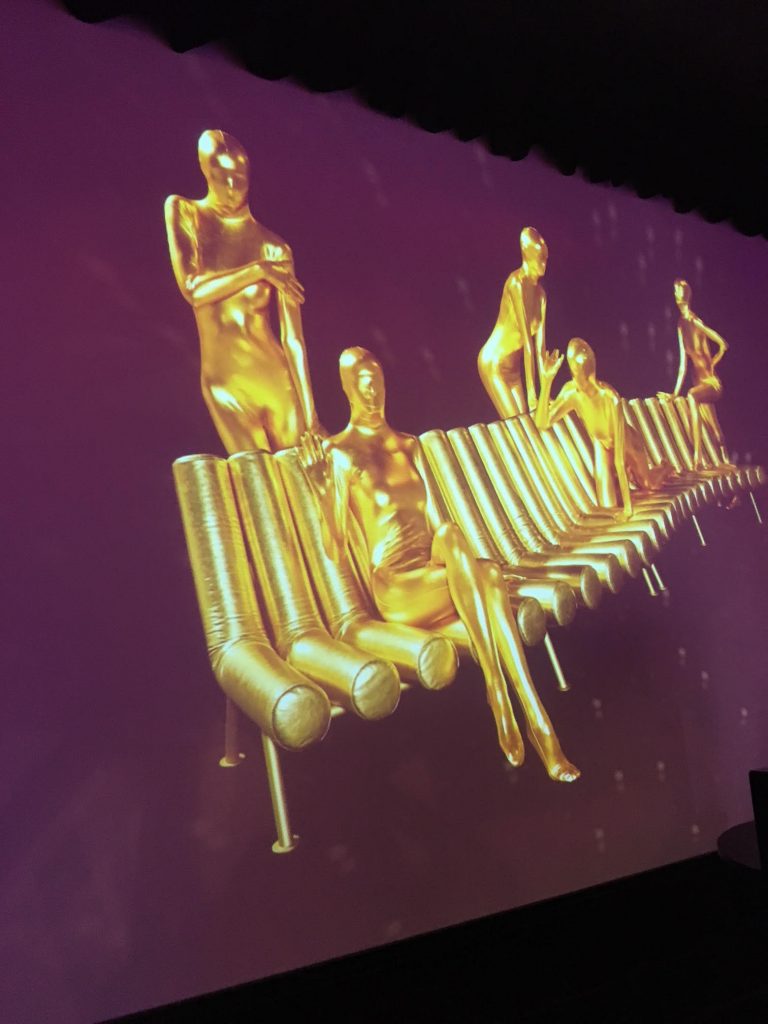 We look forward to updating you with our discoveries in the design world again soon.